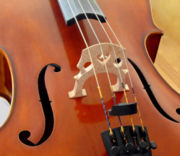 Jim Aikin is earnestly attempting to enjoy living on this planet, in spite of the obvious difficulties that buzz like gnats around the process.

Starting in 2015, he slid sideways out of music technology and retuned his brain to focus on an older obsession: writing fiction. Fantasy fiction, to be specific. His first two novels were published as science fiction, but he has never used the word “airlock” in a story, and probably never will. His four-volume fantasy epic, the Leafstone saga, was published in 2018 and is available in paperback or e-book format on Amazon, as are two more recent books, While Caesar Sang of Hercules (a fat mystery set in ancient Rome) and The House of Broken Dolls (a story collection).

In his free time, he fiddles around with synthesizers and music software. If you’re into that sort of thing, you can send your browser scurrying over to https://midiguru.bandcamp.com. There you’ll find five “CDs” of original (or mostly original) music, available at bargain prices. In past years he has written hundreds of product reviews and tutorials for a variety of magazines, mainly Keyboard and Electronic Musician. Sadly, the corporate ownership of those magazines has saddled freelance writers with a contract that contains provisions Jim finds problematical, so his days as a magazine writer are history. Anyway, Keyboard no longer exists.

He is the author of four nonfiction books — Power Tools for Synthesizer Programming, 2nd edition and Chords & Harmony (both from Hal Leonard Publications) and Csound Power and Picture Yourself Playing Cello (both from Cengage Learning/Course Technology). As of 2021, the Hal Leonard titles still seem to be in print, but the Cengage books are pretty much gone.

He has released seven works of interactive fiction (text-based computer games, in other words) — “Not Just an Ordinary Ballerina,” “Lydia’s Heart,” “Mrs. Pepper’s Nasty Secret” (co-authored with Eric Eve), “April in Paris,” “A Flustered Duck,” “The White Bull,” and “Captivity.” The duck won first place in the annual Spring Thing competition for 2009.

His personal website is https://jimaikin.net. Email sent to jim@jimaikin.net will reach him.

23 Responses to About the Author